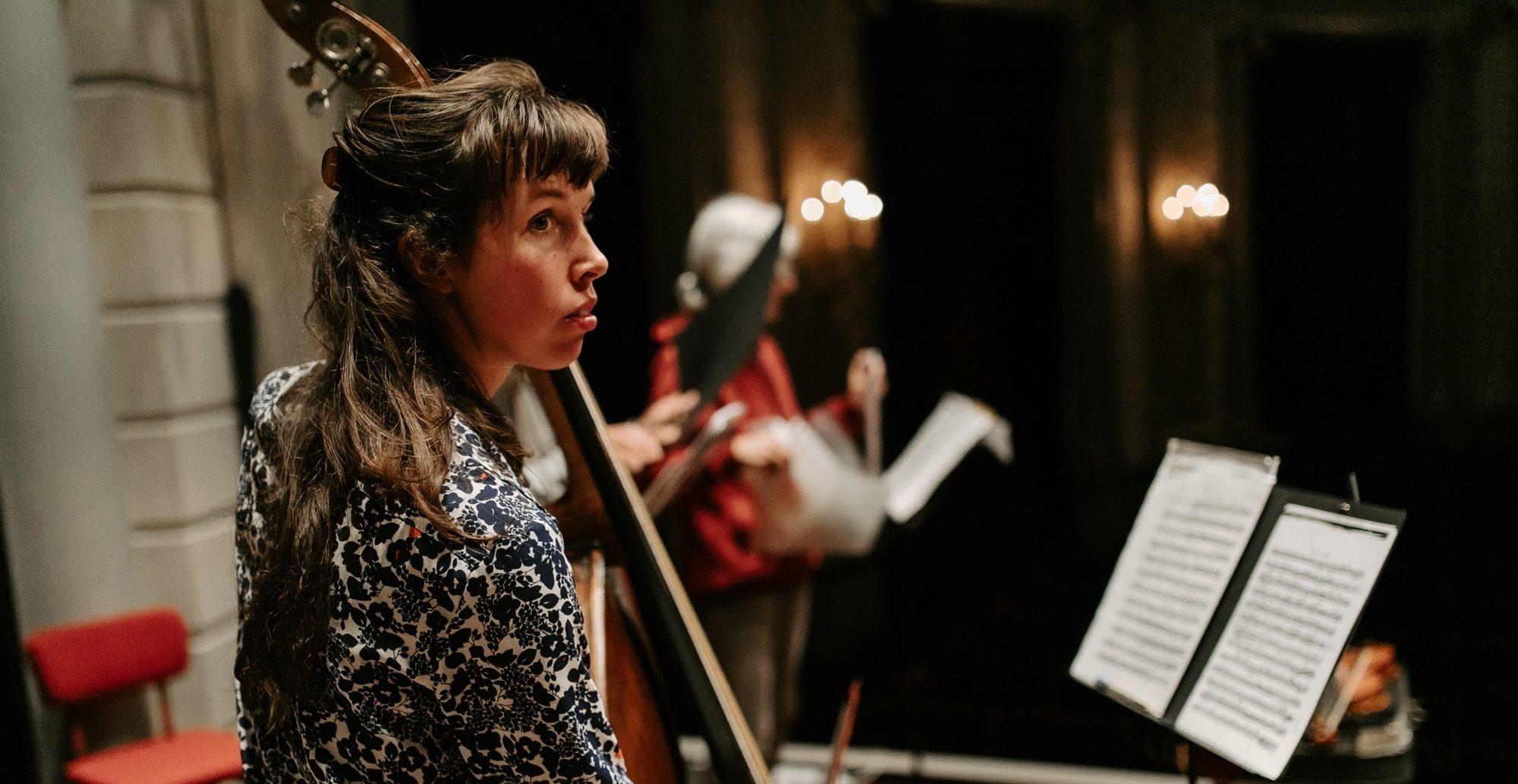 I studied historical bass with Margaret Urquhart and received my Master’s degree in historical bass and violone in June 2018. In the same year, I started performing with the Orchestra of the Age of Enlightenment as part of their Experience Scheme, which has resulted in regular performances with them as a substitute player. Other early music ensembles I play with are the Nieuwe Philharmonie Utrecht, Música Temprana and the Bremer Barockorchester.

I was born (1988) and raised in Amsterdam and started violin lessons at the age of 6. I  had the privilege to attend a high school one block away from the Concertgebouw so I regularly attended concerts there as a teenager. My interest in the double bass started in my youth orchestra and at the age of 16, I switched from the first violins to the basses, where I felt much more in the right place. Nevertheless, I thought a musical career wouldn’t suit me since I was also interested in social and political studies, so I decided to study law at the Erasmus University in Rotterdam. I was very lucky to meet Ying Lai Green, bassist from the Rotterdam Philharmonic Orchestra, with whom I had lessons for 4 years. Thanks to her support and encouragement, I not only got accepted for double bass studies but I also finished my bachelor’s degree in law.

Next, to my growing career as a historical bassist, I love performing repertoire from the 20th and 21st century as well.  In the last two years, I received masterclasses from world-class bassists such as Joel Quarrington, Jeff Bradetich and Edicson Ruiz. Together with violinist Kirsti Apajalathi, I made and performed a duo program called ‘Baroque Violin Meets Double Bass’,  in which we focus on 20th-century repertoire for violin and double bass.

I am also a member of two young early music ensembles:
Ensemble La Favorita, which made a kick start in summer 2017 in the early music festivals in Brugge, Utrecht Fringe and IYAP Antwerp.
Das Neue Mannheimer Orchester, with which we won the Hofkapelle Preis for 2019 in the International ‘Gebrüder Graun’ Competition in Germany.

The modern double bass I play is a Gagliano model built by Harry Jansen in 2008, borrowed from the Dutch Musical Instruments Foundation. Thanks to a grant from the Stichting Eigen Muziekinstrument, I could purchase a double bass from around 1890 to use for historical performances. In addition to these basses, I have several bows, including one orginal bow from around 1800, that fit the repertoire I play. During my studies , I have also received a small grant from the Adriana Jacoba Fund, for which I am very grateful.